Of Braces and Smoothies and Math


What do you feed a growing 12 year old who's just gotten braces?

How about one with type 1 diabetes who can't have dairy?

Enter the single-serve blender, cartons of 'alternative milks,' coconut and soy yogurts, and a freezer full of frozen fruit.   And math.  Always math. The combinations are nearly infinite.  If your 12 year old gets hungry enough, she'll try them all. My daughter's favorite smoothie so far was today's.  It contained gently thawed mixed berries whirred together with half a blueberry soy yogurt, some granola and a little almond milk: 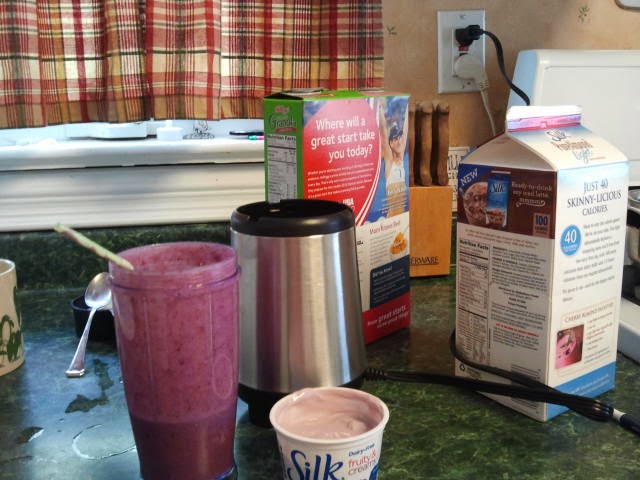 With 11 years of diabetes management under our belts, we've memorized the carbohydrate content of favorite breakfast cereals, breads, fruits and dinner items. Crackers, chips, desserts?  Filed away as well. It's become rare that we need to stop before bolusing to math out a plate (or glass) of food.  Sure, there's an occasional new recipe or brand.  Restaurants, and meals at which we're guests require some thought. Most days, though, armed with a measuring cup, a food scale, or the simple ability to count, we can move from serving to eating fairly quickly.

So this week's math intensive has been challenging.

The above smoothie required measuring frozen fruit, granola, soy yogurt and the accidentally purchased slightly sweetened almond milk. (The 'original unsweetened' kind blessedly has negligible carbs, making it unnecessary to measure.)Then there was the '1 cup contains x carbs, so half a cup would contain y carbs process for the fruit, granola and milk; add the half container of yogurt for a grand total of ???' word problem. 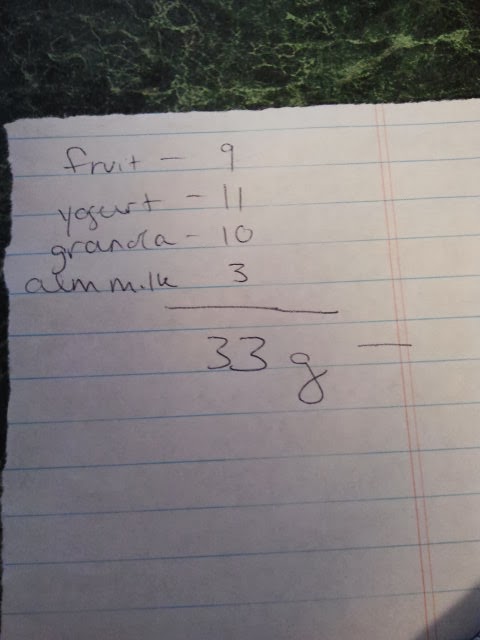 My daughter is enjoying experimenting with different smoothie combinations, which on one hand is fun.  On the other hand, I'm kind of hoping she decides this one's a keeper so I can take a math break tomorrow.
By Pam Osborne On January 23, 2014